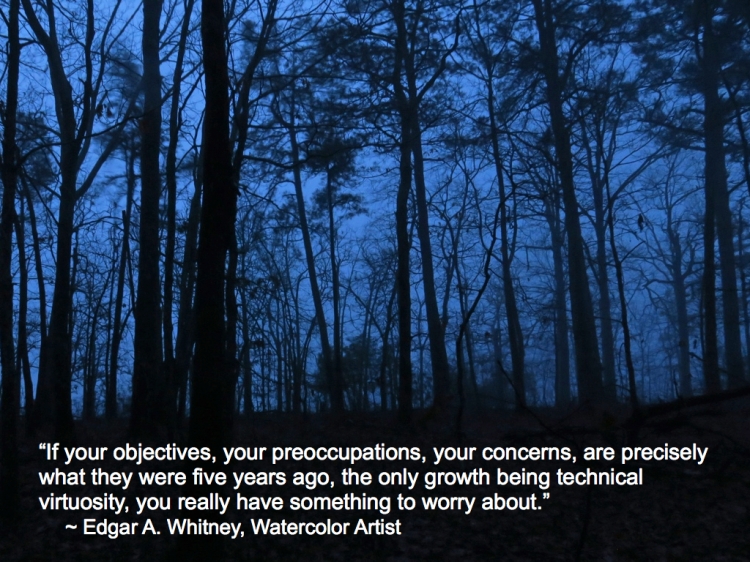 When I met Edgar Whitney over thirty years ago, I was immediately captured by his passion for life and art.  Later I found a copy of his book, revisiting it many times over the years.  The words of Edgar Whitney apply to other crafts like photography, drumming, writing, and even walking.

After twenty-five years as a commercial artist, Edgar Whitney told his boss he was going to pursue watercolor painting.  With the boss’s laughter ringing in his ears, he worked and studied, eventually becoming a leader in the watercolor world.

This morning I felt strength in my careful pace while walking in darkmess on Hunt’s Loop Trail in the Ouachita Mountains.  Edgar Whitney’s words came to mind and challenged me again as I realized my time on trails had led me to new thoughts and much more than increased skill.

Each step now holds a depth and richness that my once mindless and hurried trudging through the woods lacked.  I’m thankful that my concerns today are not “precisely what they were five years ago.” 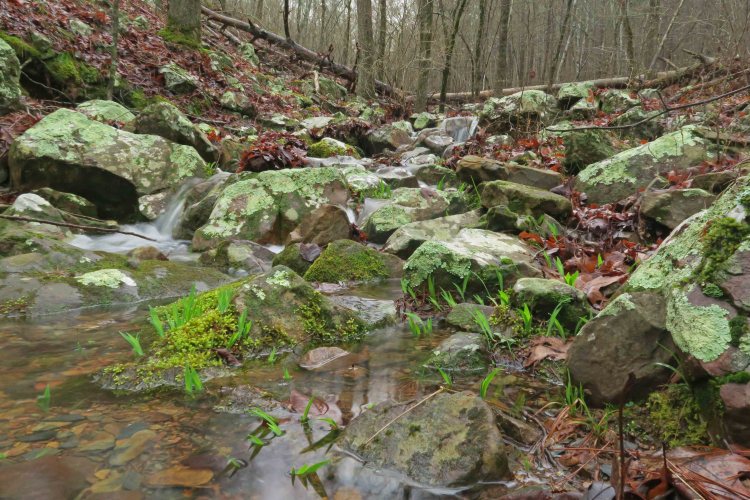 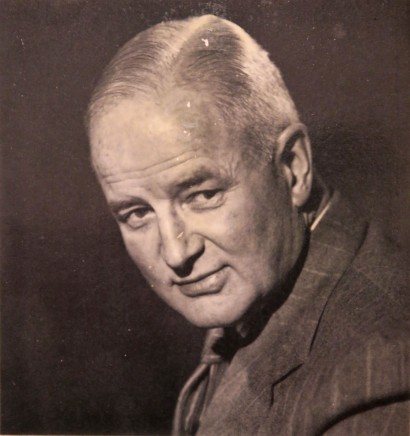 A few of Edgar Whitney’s words:

“Thoughtful production and sincerity will put qualities into your work which trained eyes can recognize.”

“No talent can survive the blight of neglect.”

“There are no gimmicks in the learning process. You sweat, digging deeper, or your knowledge is superficial.”

“The artist practicing his craft sometimes understands the most profound truth of all: results are unimportant.  The value is in the activity.  Are these things the craftsman learns worth knowing?”

The answer “none” to the question “What words have I been thinking with?” means you are making a thoughtless painting.”

One thought on “Edgar Whitney’s Challenge”