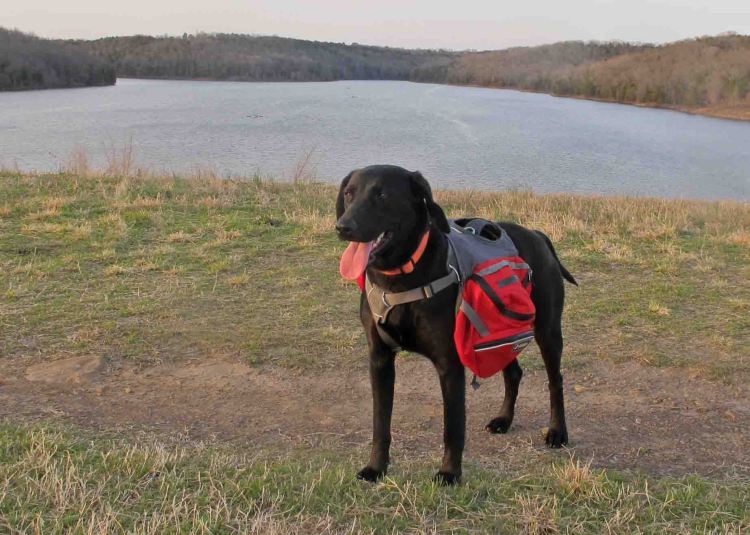 As a regular hiker I’ve noticed my human friends’ nasty habit of leaving their trash on the trail, along waterways, and generally making a mess of the woods.  I really don’t understand this since I’m a “leave no trace” hiker myself.  I always take care of my personal business off the trail in a discrete location. I never carry my chew toys into the woods because it would be easy to leave them there by accident.  I always finish every last bit of my food.  “Leave nothing but footprints,” that’s my motto!

Trash picked up on the OHT.

The motto for human folks seems to be, “Prove you were here by leaving lots of trash or building structures for no reason!”  They carry plastic bottles or aluminum cans filled with water, soda pops, beer, and all sorts of concoctions.  Don’t get me wrong, there’s nothing wrong with a nice cold beverage, but some humans leave their empties right where they had their last sip.  They don’t mind carrying a full bottle into the woods but an empty bottle is too heavy for their pitiful, exhausted human selves to carry out.  They deserve an ankle bit for that! 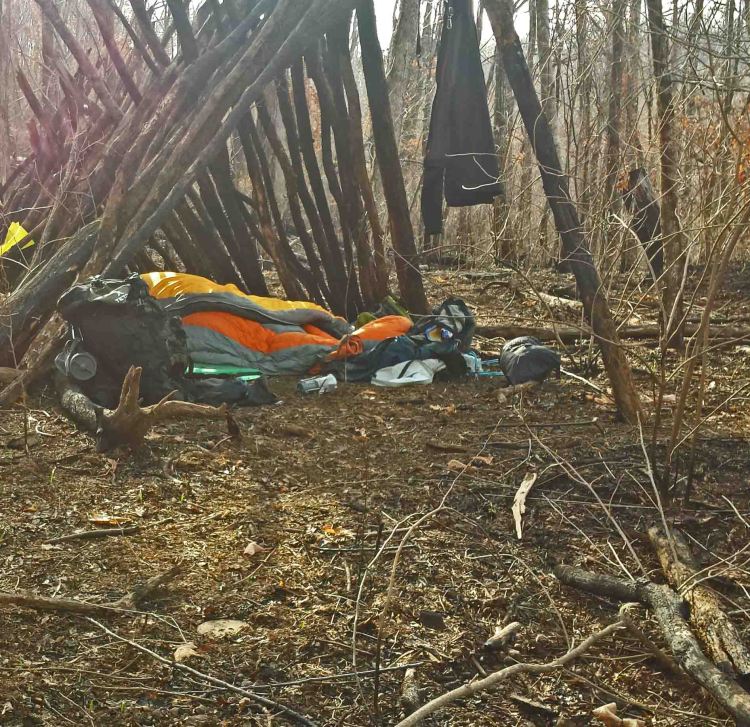 Useless structure built along the OHT. Photo was distributed to others by the builder of this structure.

Sometimes they build huge fire rings when a small one would work much better.  They stack rocks behind waterfalls as if they’re going to make a shelter there.  They cut trees and stack limbs, living out some type of pioneer fantasy.  They carve their initials in trees or bridges as if others are going to want to see this.   Humans have developed better ways to share information than carving on trees and rock, yet some persist in doing this.

Trash in this fire ring irritated me. My master packed it out. This fire ring is way too tall for this dog to warm up beside. Sometimes smaller is better.

Sometimes they leave half-eaten food and trash in their half-burnt fire rings.  Oh, that’s a beautiful sight for the next campers who come along.  Just the other day I was walking along a trail and found sliced potatoes buried right beside a fire ring.  My master was none-too-happy with me and it took a lot of encouragement on his part to get me moving down the trail again.  Those potatoes smelled really good, especially cooked in all that butter.

Some humans want to put up big ugly signs saying, “Don’t bury food…Don’t throw trash on the trail…Don’t chop on healthy trees….Don’t build a house here….Don’t take a crap on the trail or by the water…don’t, don’t, don’t.”  Only problem is that many humans who can read don’t and, those most likely to leave a mess think signs don’t apply to them.

One pack of humans got together and called themselves, Leave No Trace Center for Outdoor Ethics.  They have some tips for leaving the woods in good shape.  Of course, I can’t resist a few clarifying barks, too.

1. Plan ahead and prepare.  “This is my weak area.  I’m mostly thinking about my next meal but humans should plan so they don’t damage things.” – Hiker

4. Leave what you find.  “My master likes to look at old stuff in the woods so if it’s rusty, leave it.  He’s wondering about the history behind the artifact.  I don’t concern myself with such things.  I just want to know when we eat.” – Hiker

8. Be considerate of other visitors.  “This includes controlling pets which applies to me.  Master tries to keep me on a leash when others are on the trail but if I get away from him and come running up, my only goal is to lick you all over and find a new friend.  I mean no harm but do apologize for wetting you down.” – Hiker

Hiker looking for someone to lick. 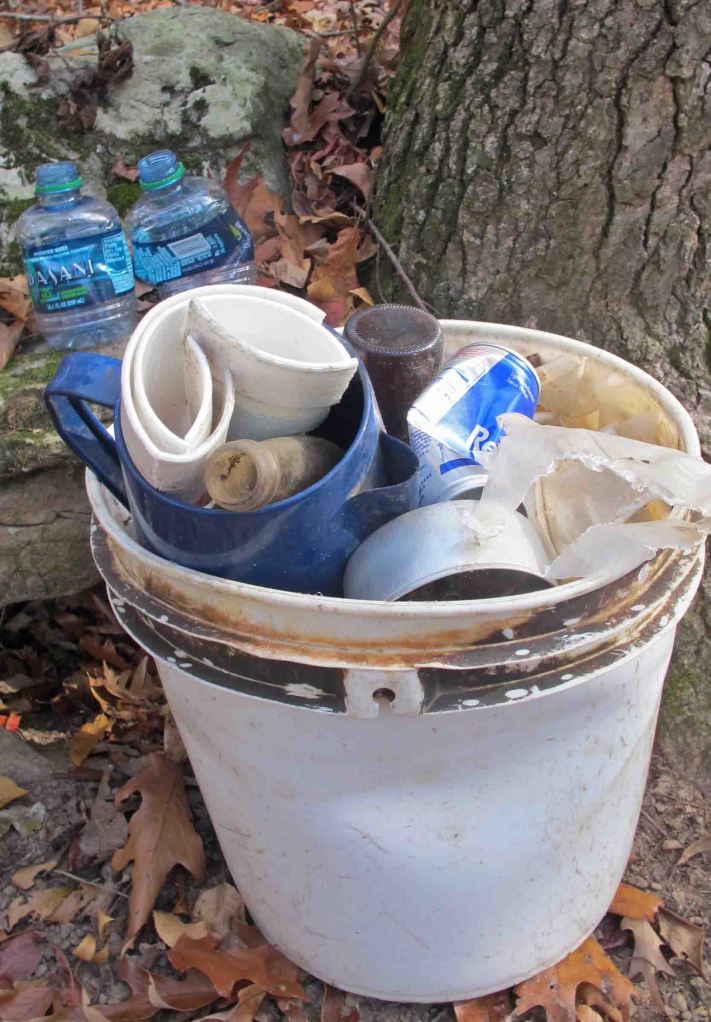 Trash along the trail.

6 thoughts on “Hiker’s Guide to Leave No Trace – By guest blogger, Hiker”