This trout lily peeped up through the leaves and whispered, “Spring is near.” Mike, a fellow hiker, noticed these small wildflowers as we passed. I stopped and spent a few minutes looking and listening to what the subtle blends of color might be saying about the approaching spring.

The open woods revealed a contrast between the trout lily’s tiny voice and the soft roar of wind through the overhanging leafless hardwood canopy. 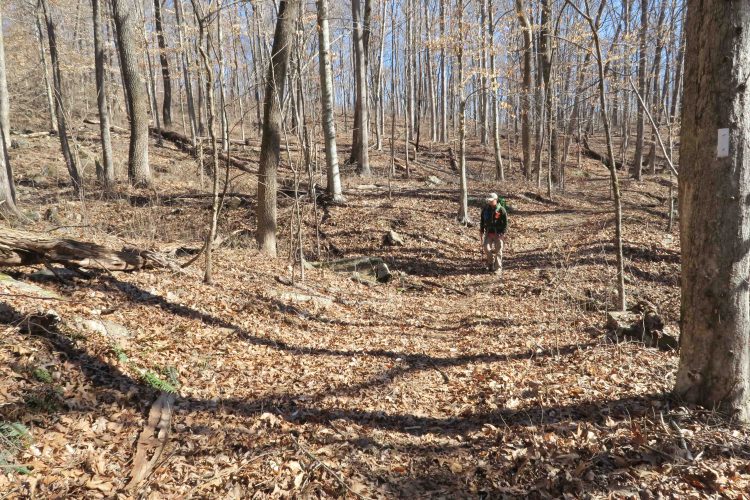 On the OHT southeast of Arbaugh trailhead

Our route began at Arbaugh Trailhead, north of the little town of Oark, and headed east and south on the Ozark Highlands Trail. Kerry, a strong hiker and mountaineer, led our group of twelve. We enjoyed a short level walk before beginning a long steady downhill toward Lewis Prong, a beautiful stream flowing just enough to require a wet crossing.

After crossing, I sat to enjoy the flow for a moment before moving on. Maybe recent practice at slowing down was paying off. In the past, I might have hurried on down the trail, but pausing gave me a chance to enjoy Lewis Prong and this rushing cascade downstream from our crossing.

Turner Hollow made a nice lunch stop. Doug found the perfect sitting-rock with a view. 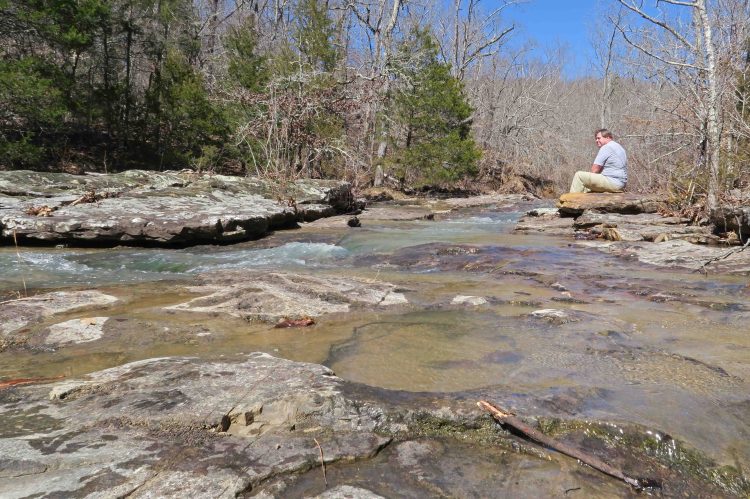 We crossed several creeks that day under Kerry’s watchful eye.

Waterfall Hollow was littered with downed trees from ice storms of the past. We saw evidence of trail maintenance all along this section. Randy, the adopter of this section, and other volunteers had spent many hours here, and we were thankful.

The climb up and over Moonhule Mountain was tough followed by smooth sailing down to Hignite Hollow where we camped.

As the sun went down, we began to enjoy the warmth of a fire as well as conversation and marshmallows. I used the fire to cook my broccoli cheese soup with dehydrated potatoes. The temperature probably dipped down into the upper 30s on this clear, star-filled night.

The next morning I was up at first light and headed out for a short hike with camera in hand. I hiked along the trail and then down an old roadbed to a drainage that led back to Hignite Hollow Creek. It was a pleasurable hike, especially where the creek formed small cascades that shimmered in the morning light. 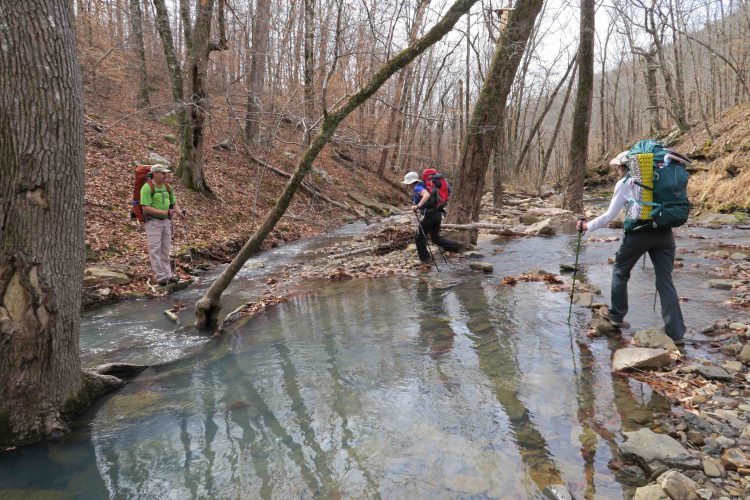 Boomer Branch was a dry crossing though the water was clear and inviting. Once on the other side, the route continued up and away from the creek. Mike stopped for a photo as the group headed out.

After a short climb, we followed a beautiful ridge walk before descending to, and crossing, the Mulberry River. At my feet’s request, I remained standing in the creek a few extra seconds. The cold water felt good on tired feet and legs.

Some tough climbs awaited us as we moved away from the Mulberry and eventually to Ozone. A familiar looking trout lily stood silently as I passed. It seemed to be saying, “Hope you enjoyed your springtime hike. Think of this cool morning next July!”

I thought about how much this little stretch of trail had given me during my two-day trek. Gifts from the trail are often more than expected, and this hike was no exception. 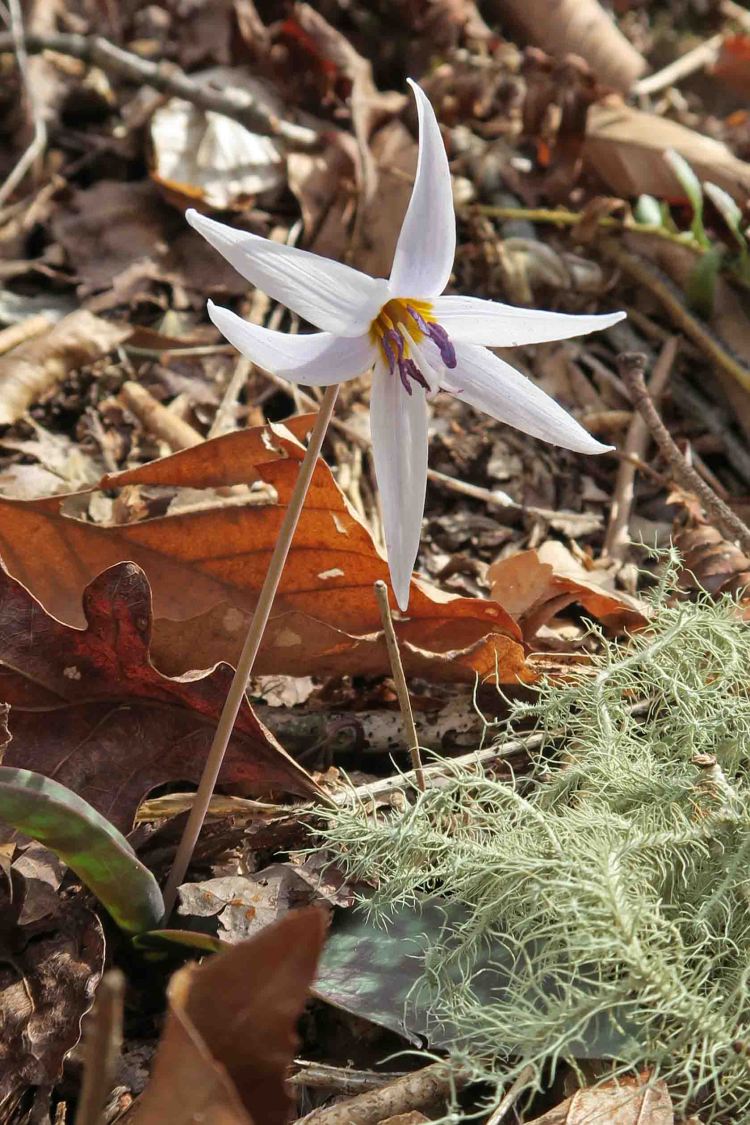 3 thoughts on “Ushering in Spring on the Ozark Highlands Trail”