View to the west from Hare Mountain

What causes folks of all ages and locations to climb a hill and eat a meal together for over 30 years running? This was my thought as I drove the 46-miles to the Morgan Fields Traihead next to Hare Mountain, with my to-do list for the next week weighing on my mind. This was probably my tenth Hare Mountain Hike-In. I couldn’t be sure.

I’d hiked Shepherd Springs Loop at Lake Fort Smith that morning so Hiker-dog wouldn’t be upset at being left behind for the Hare Mountain hike. The early morning clouded sky played with the light and made this a delightful hike so she seemed willing to rest when I left for Hare Mt. in the early afternoon. 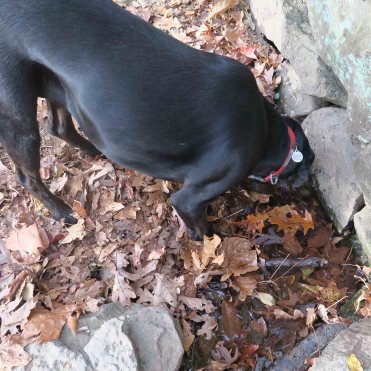 Hiker getting a drink at Shepherd Spring

Mile 1 of the OHT

Ready to hike the loop

As I stepped off the gravel road at Morgan Fields Trailhead and felt the cushioned surface beneath my feet in a quiet pine grove, my shoulders began to relax. The weight of my pack felt like a close friend’s hand on my back. The slight climb felt good, and my heart began to tap a stronger rhythm as cares dropped away like dust from the soles of my shoes.

Pretty quickly it became evident that a fire was burning to the west of the mountain this year. The woods were dry, so I was thankful that there wasn’t any wind. 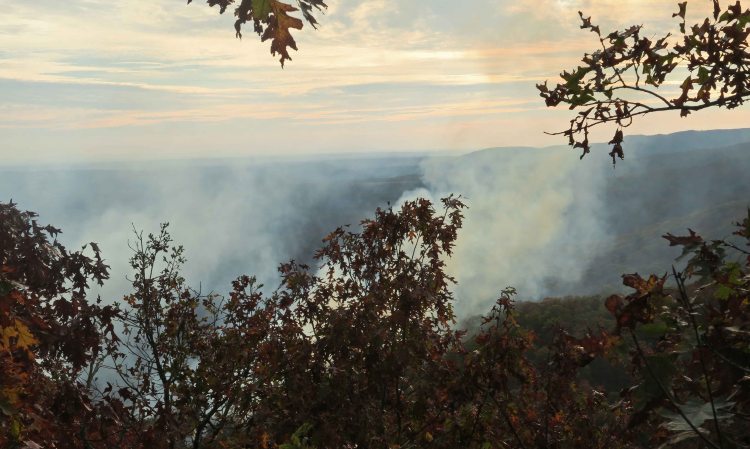 Smoke rising from the valley to the west. 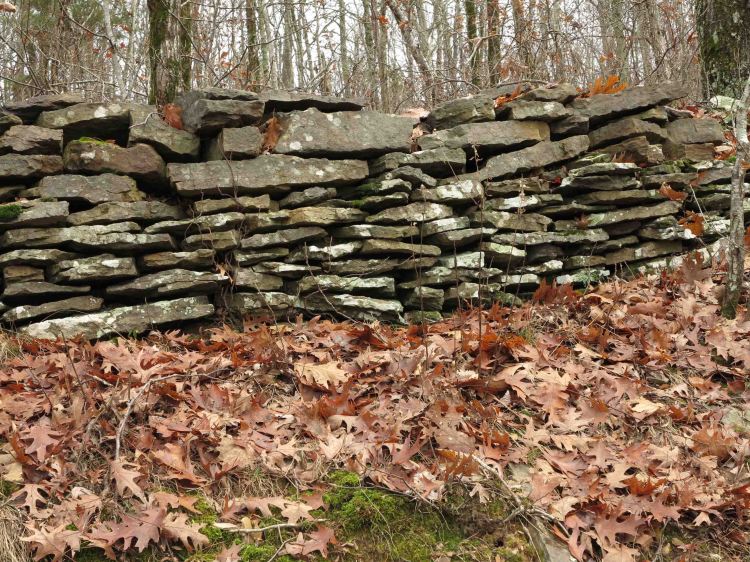 Rock wall next to the trail

Continuing past rock walls above the trail, I began to think of Hare Mountain Hike-Ins-past. I thought of Wildman, well into his 80s, and the mischievous twinkle in his eyes as he talked of the long trails he’d hiked or watched the energy of children playing around the campfire. I thought of others who, like Wildman, were no longer with us. I wondered what memories and feelings of nostalgia might follow those who’ve hiked this path for twenty or thirty years.

When it looked as if the Hare Mountain Hike-In tradition might be discontinued a couple of years ago, Bob and Dana Cable stepped forward to continue scheduling the “Hike-In” as in the past. 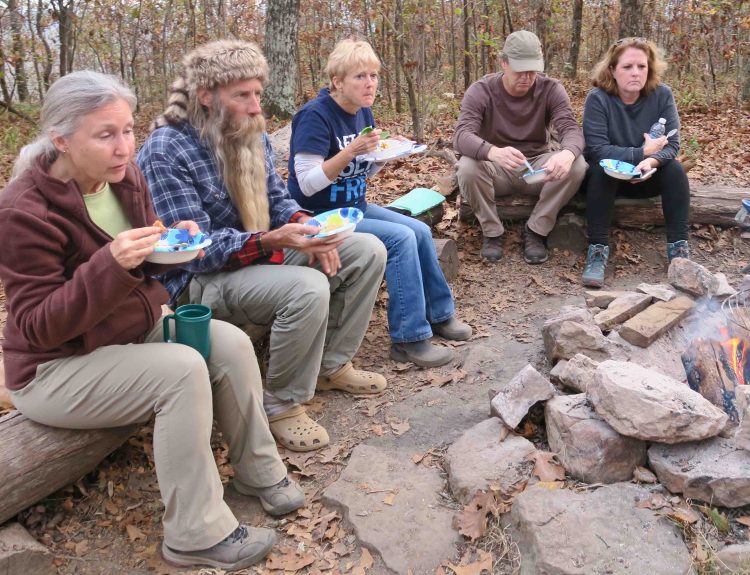 While sitting around the campfire, Bob announced that Grey Owl and his wife Lenna hiked up earlier in the day for a quick visit with other early arrivers and then walked back down the mountain to avoid driving back to Oklahoma in the dark. I was sorry to miss them but thankful that they made the hike in this year. Bob’s imitation coonskin hat was a gift from Grey Owl several years ago and he always wears it on Hare Mountain.

The fire burning below the mountain made a memory for this year’s hike-in. After the potluck feast, Steve and I took a few photos of the red glow below in the darkness. It was an unusual and beautiful scene, especially since we had word that the fire was contained.

Ritual is the word that came to mind while walking away from the top of Hare Mountain. Doing this hike each year could be considered a “ceremony consisting of a series of actions performed according to a prescribed order.” It’s also fun, which I don’t think disqualifies the word “ritual.” 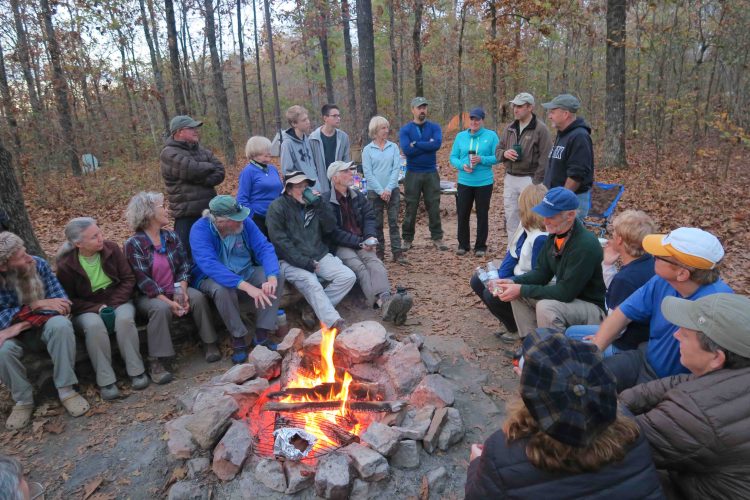 Grey Owl’s quick hike up earlier that day confirmed my thoughts. The Hare Mountain Hike-In rises to the level of ritual for many of us. Maybe it’s the simple desire for fellowship with trail friends, or it’s a fitness check as you compare this year’s hike with those in the past. Maybe it’s a chance to share our collective memories and relive stories from the trails we’ve hiked. Whatever the reasons we choose to make this trek, my hope is that it will continue to be a tradition (or ritual) for years to come.