Arkansas gets hot in June! Even the most enthusiastic consider June through August the offseason of backpacking. Hiker-dog and I attempt to stay in shape with early morning walks at Lake Alma. I struggled to find the word that describes how I feel about camping out this time of year in Arkansas. Abhorrent wins out, meaning “inspiring disgust and loathing.”

I approached my wife, Becca, with the idea of an out west road trip that wouldn’t involve camping but would give us the chance to get higher, dryer, and cooler.

Two backpacking locations from the past that I’ve wanted her to see were the Mount Rushmore and the Rocky Mountain National Park regions. Becca has always wanted to see Mount Rushmore, so that was an easy decision. Several years ago I visited Trail Ridge Road in Rocky Mountain National Park and vowed to return so Becca could experience 11,000 feet elevation, but we’ll include that in a second post later.

I’ll not include every stop we made but taking a break to tour this Pony Express Station in Gothenburg, Nebraska was a treat. Found myself wishing we had more time to explore. We also stopped for a view of the North Platte River. 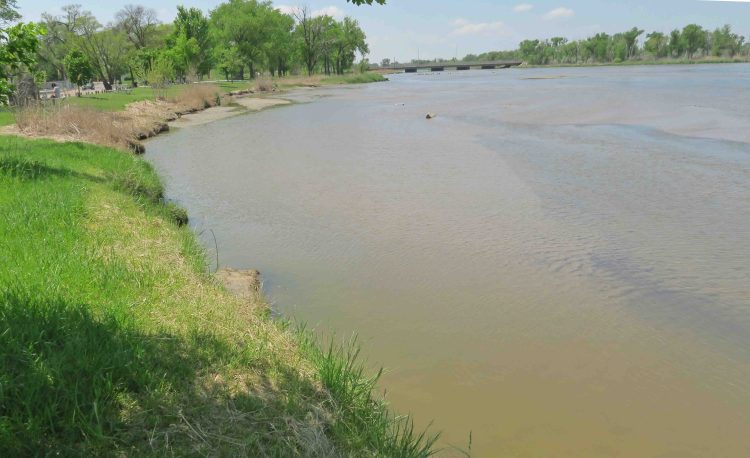 After experiencing a South Dakota afternoon thunderstorm and light hail, we drove through a portion of Custer State Park with plentiful views of bison.

Beautiful lakes dot Custer State Park. As we neared Mount Rushmore, we were surprised to find President Washington silhouetted in the distance. 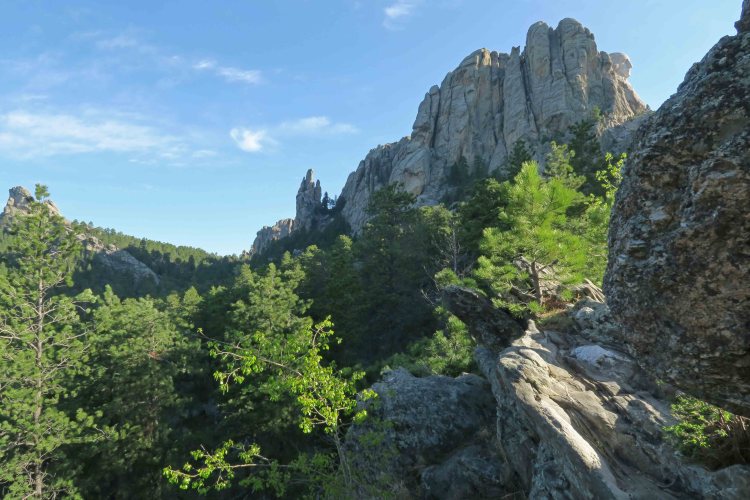 Eventually, we made it around to see the front of Mr. Washington and an impressive sight he was from the trail below. 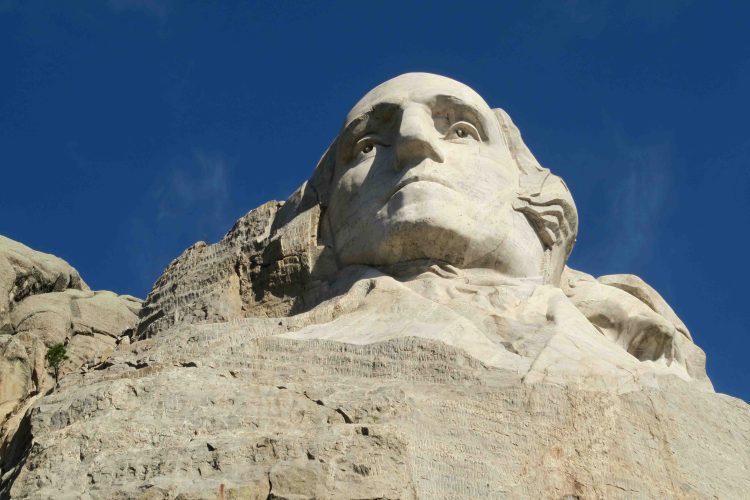 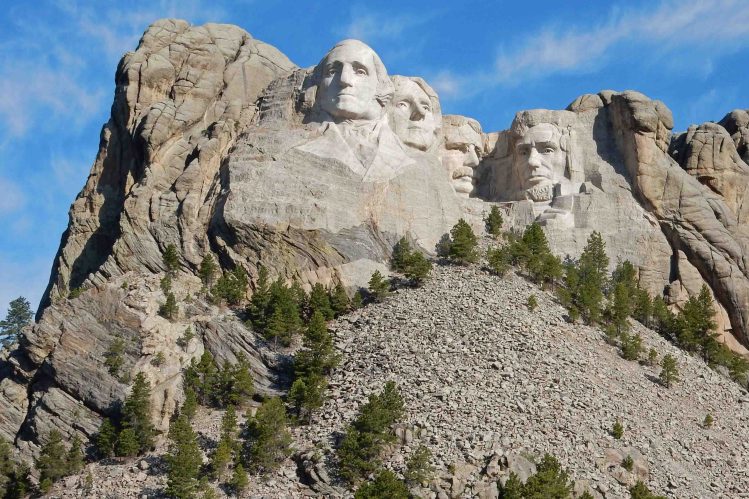 We enjoyed hearing a ranger talk in the studio where much of the preliminary work took place. Gutzon Borglum, a controversial figure, was the sculptor who directed the Mount Rushmore project from 1927 to 1941. His son, Lincoln, was assistant sculptor and took over the project when Gutzon died in 1941. Mount Rushmore was the brainchild of South Dakota state historian Doane Robinson, who hoped the sculpture would increase tourism into South Dakota. 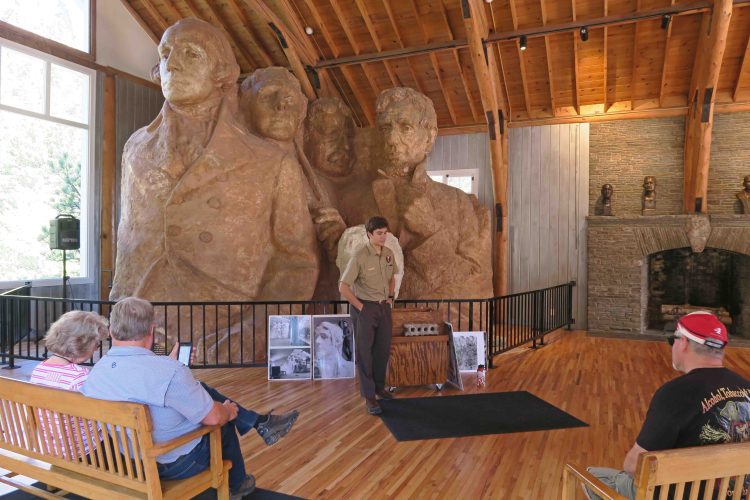 I’d say Mr. Robinson got his wish for more tourists! We visited the monument early in the day and were glad we did as the congestion increased by the time we left.

Entrance to the viewing area.

Driving the mountains nearby is special because of the unique road switchbacks and tunnels. One tunnel famously frames Mount Rushmore presidents in the distance. We met another vehicle at this tunnel after taking this photo. All drivers were careful when approaching these one-lane passages. 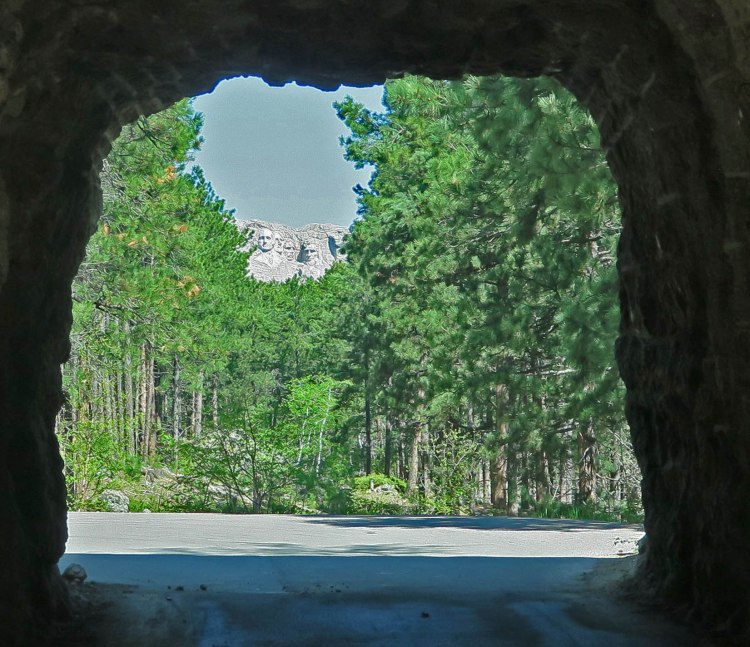 Mount Rushmore in the distance.

We stayed in the nearby town of Custer and thoroughly enjoyed visiting shops and restaurants, especially Sage Creek Grille, where we had lunch, then returned for dinner the same day! That’s an endorsement.

There was more to explore than we could begin to enjoy with our limited time. We did make it to Custer State Park Visitors Center and did some walking around the beautiful surrounding areas, but Montana was calling so we hit the road. (to be continued in Rocky Mountain High Part 2)

As we passed a trailhead outside of Custer, I just had to get a short leg-stretcher in. This 5-mile loop and many other trails in the area will have to remain on my to-do list for when I return!