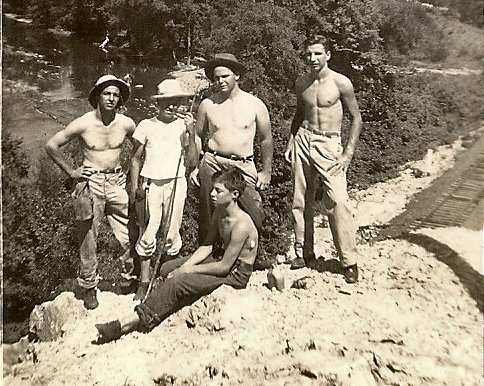 My father (on the far right) with friends in Hot Springs, Arkansas

I have some of my father’s traits and am thankful for those in every case. Sadly, I did not get his 6-pack abs or shiny dark hair, but I’m thankful to have inherited his legs and his enjoyment for walking our little planet.

When daddy was in high school in Smackover, Arkansas, he took a job with a local man who was doing concrete work in a nearby oil field. There were 8-10 young men moving and spreading concrete in the summer heat. At the end of the day, only he and a couple of other guys remained. They were hired to continue the next day. He was strong and determined.

I’m thankful for this photo of my father and me moving dirt in our wheelbarrows. I think about my dad every time I see a wheelbarrow, especially if it’s full and difficult to balance! I’ve never had the physical strength to match my father’s, but I’ve shown signs of his determination on occasion. 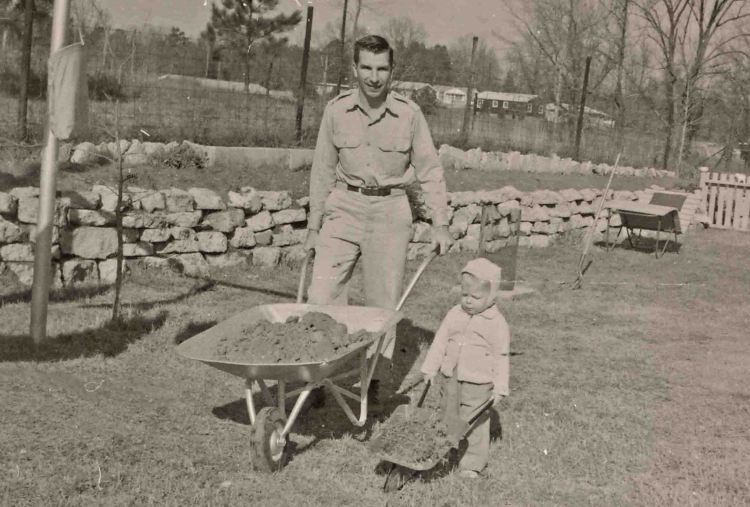 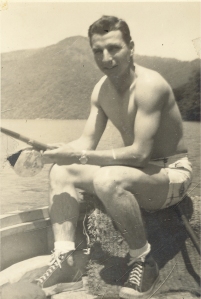 A rare photo of my father fishing 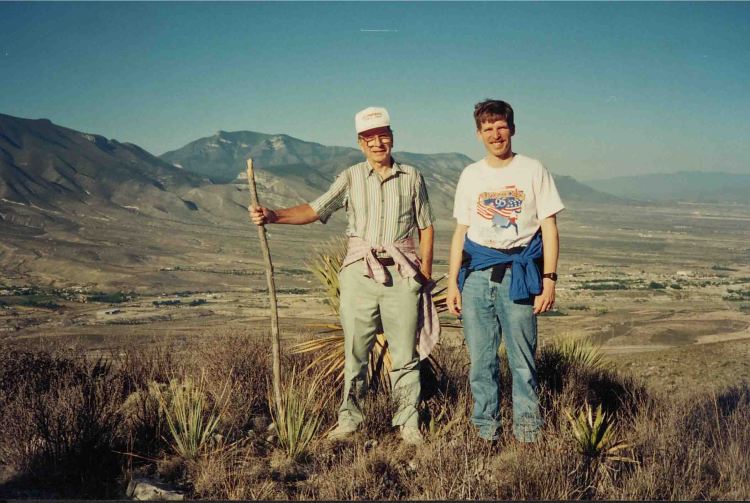 Over the years, my dad and I’ve shared several hiking trails. When I was a child, our family often visited state parks in the Ouachitas or Ozarks region. As an adult, I had the privilege of hiking trails with my dad at Petit Jean State Park one early spring morning. I still think about him each time I walk down that favorite trail, thankful for his strength in my legs and memories of his love for creation. 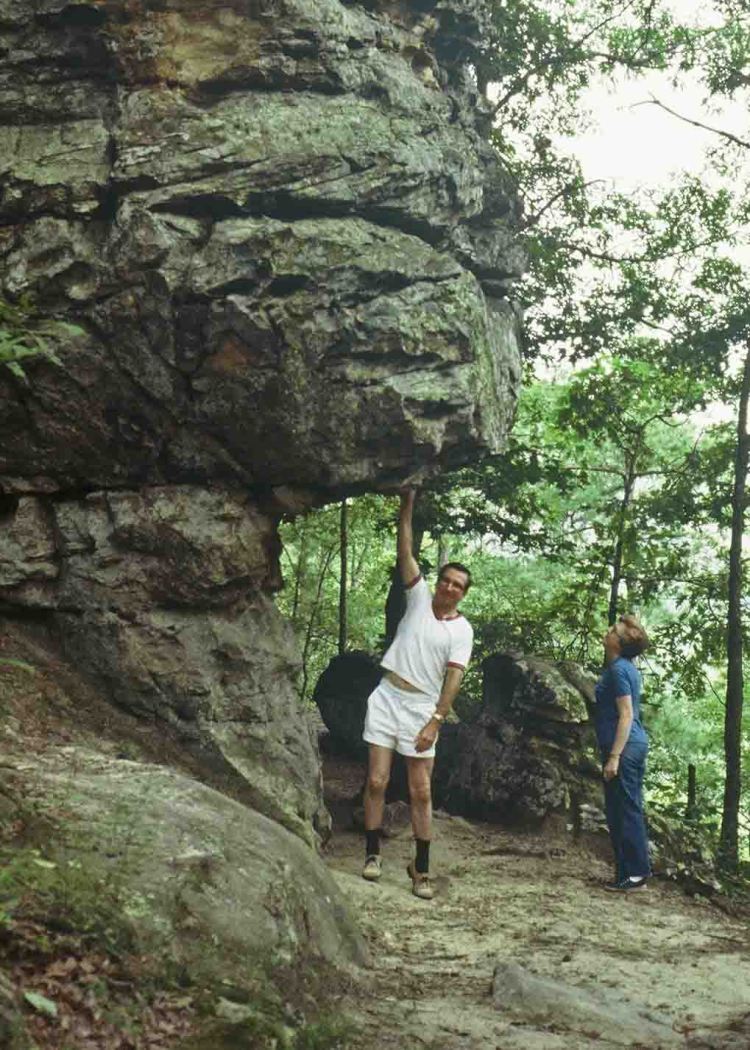 Daddy and mother at Petit Jean State Park during the 1980s.

Dad made many beautiful things from iron and he had an eye for photography. He let me “play” with his Zeiss Contessa camera when I was young. He purchased it while serving in the Army. 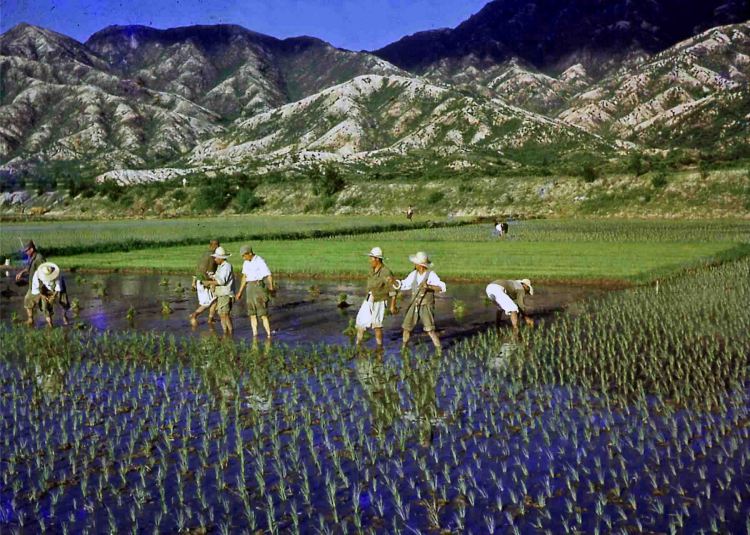 Photo taken on his Zeiss Contessa while serving in the Korean War (early 1950s).

He learned to weld as a young man and got into ironwork as a sideline business to supplement the family income. His regular job was shift work as a chemist and later environmental control in local oil and chemical plants. On Saturdays and some evenings, I would help in his iron shop by grinding and buffing handrails. At other times, I’d assist him with an installation. Working with my father was good experience for a teenager and made me appreciate his work-ethic.

As a hobby, he sometimes made decorative items from iron. Below are a few examples. He made the imaginary plant on the right from corroded telephone wire being thrown away next to a railroad in South Arkansas. In the center is his replica of a “preacher-in-a-pulpit” wildflower using a piece of oil shale rock as a base. 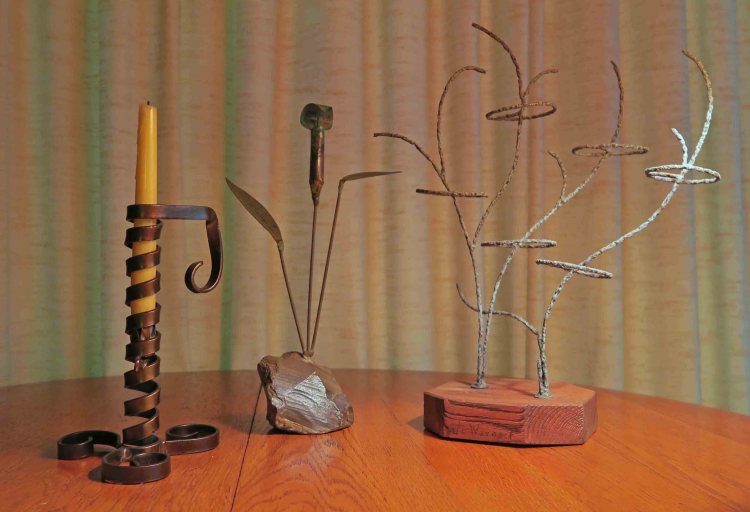 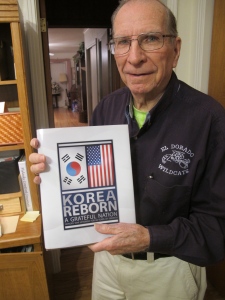 This book was personally delivered to my father as an expression of thanks for the progress of South Korea since the war.

This soft-spoken and hard-working man often said he was lucky to have been stationed in Korea during a lull in the fighting as if he should apologize. He still had opportunities to show his character in the face of danger.

Once he was leading a platoon and his point man froze as they approached a potential minefield. My dad told the point man and others to follow his steps as he led the soldiers through the area, knowing that the discovery of a mine would probably end his life but save others in his platoon. I’ve always admired that fearless quality in my father! 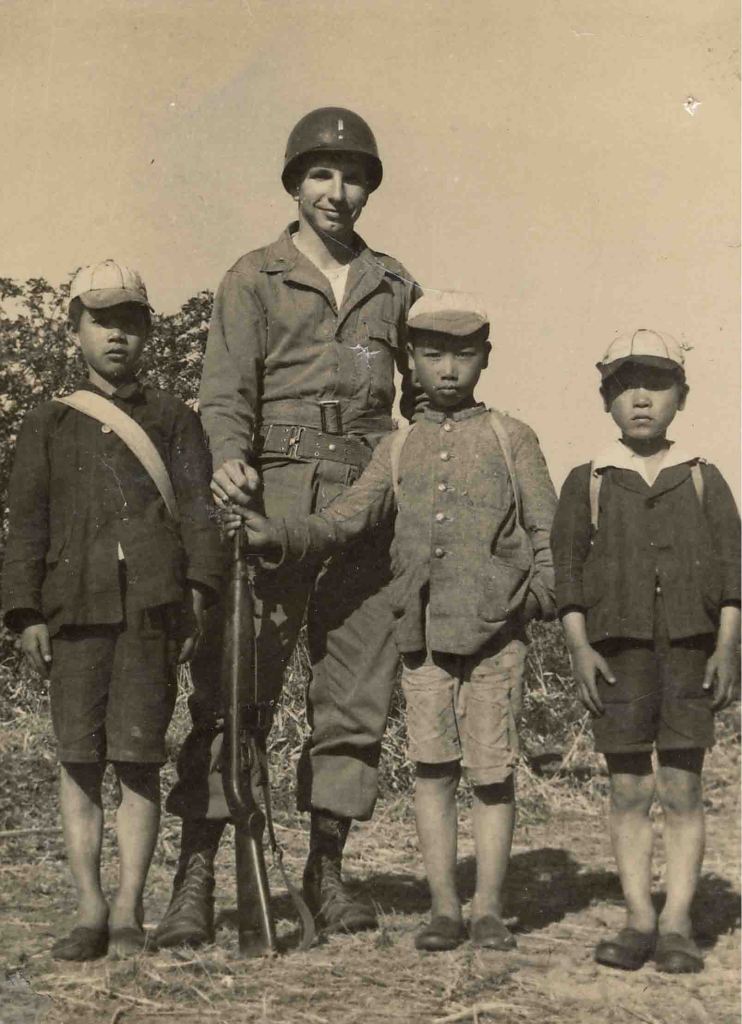 Lieutenant Warnock made friends with children in Korea

Those of us who’ve shared the trail with them would do well to emulate as many of their traits as possible. I like what writer Neil Gaiman said recently in a commencement speech. “If you can’t be wise, pretend to be someone who is, and act the way you think they would act.” Not bad advice when you have these models of wisdom and character. 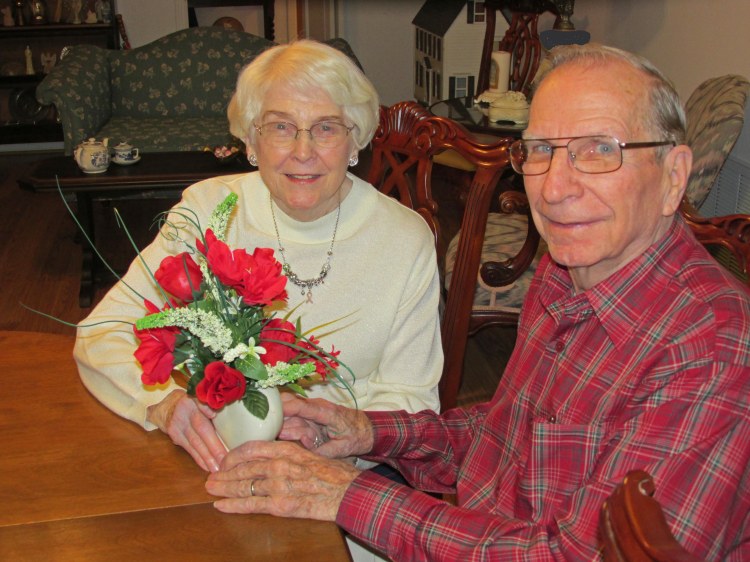 Mother and daddy with a vase he gave her before they were married, 65 years ago.