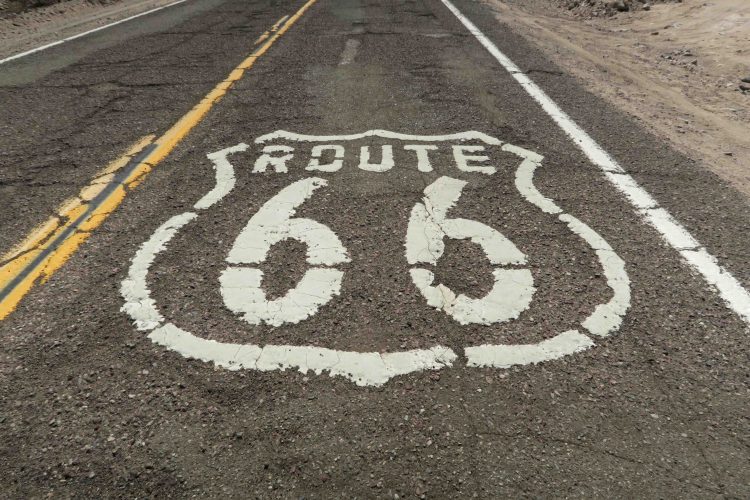 Early in my trip back to Arkansas after hiking the John Muir Trail, I couldn’t fight the temptation to sample a California section of Route 66. I’d driven short sections in Oklahoma and Texas but had never had the opportunity in California, so I exited I-40 in Newberry Springs and found myself transported to the past.

This motel sign caught my eye because it stood on an empty lot. I pulled to the side of the road and then noticed a cafe sitting just down the road in front of several dilapidated travel trailers. 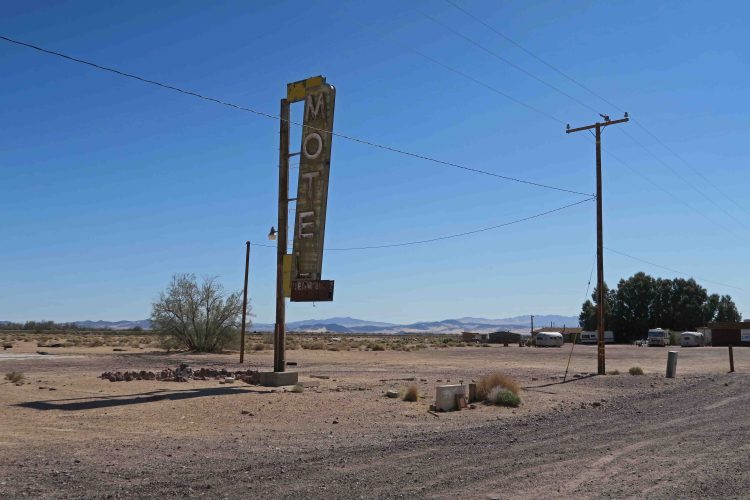 I entered the small cafe and learned that it was called the Sidewinder Cafe until the movie Bagdad Cafe was filmed there in 1987. It has since been named Bagdad Cafe.

Some German tourists were selecting t-shirts when I entered. The jukebox caught my eye and the display of currencies from many countries that had been left on the wall by visitors over the years.

I was delighted by the texture of the blacktop on this section of Route 66. It was rough and stood in stark contrast to the fast highways I’m used to. The road noise and bumpiness could be felt in my Jeep so it would really give you a good rattling in a modern car.

There was no traffic, so I stopped and took a few photos of the road’s surface before driving several more miles and returning to I-40 and a quicker pace, pleased to have spent a few minutes in the past. 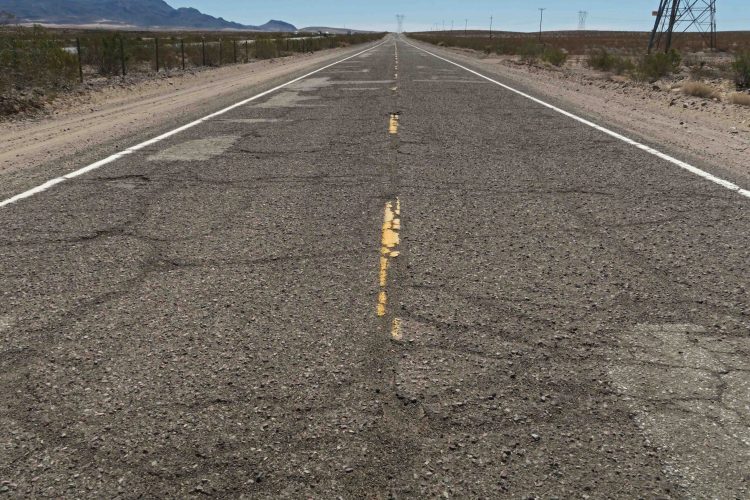 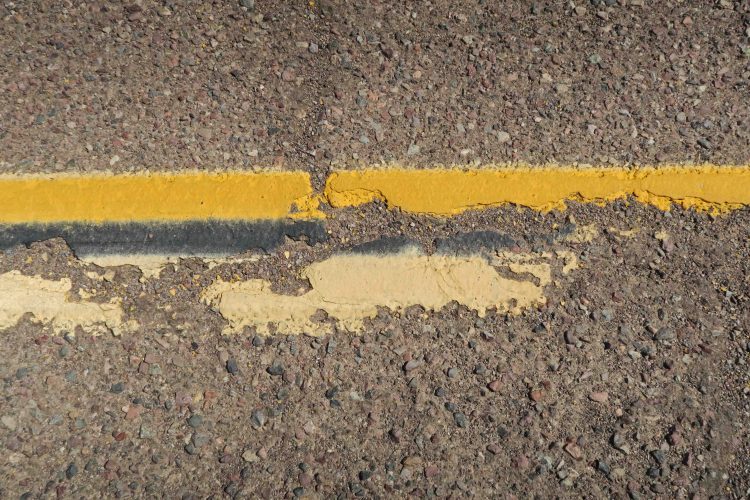