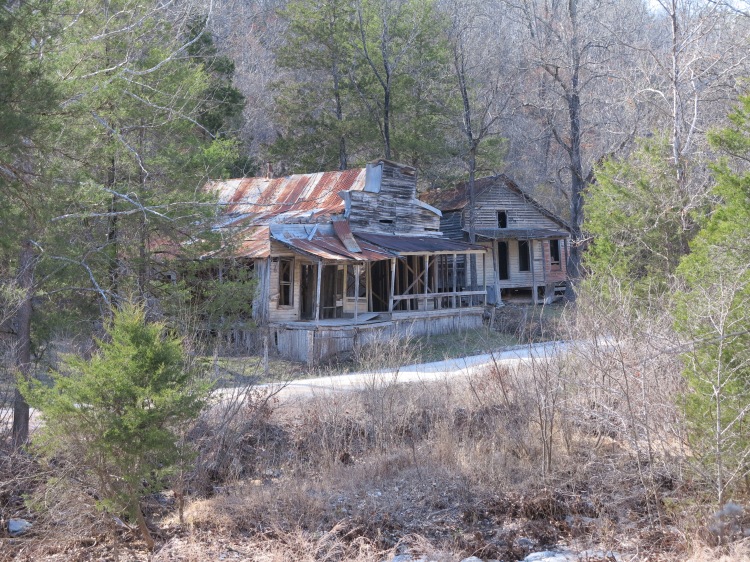 Taylor-Medley Store on the left. Home of Lee Medley on the right.

I was pleased to find the old town of Rush to be a great day hike location! I was afraid the trail would be too short and tame, but it’s just right.

I could have spent the entire day exploring and ended up pushing the limits of remaining daylight. A van full of college kids offered me a ride while I was walking along the creek after my hike. It was nice of them to offer, but I said “no thanks” since the Jeep wasn’t far away. College kids who hike and camp tend to be pretty good folks.

Rush was a mining community that began in the 1880s and thrived in the 1920s when zinc was in high demand during World War I. Rush declined along with the demand for zinc and was finally abandoned in the late 1960s. According to Neil Compton, “by 1969 Rush was bereft of inhabitants except for Gus Setzer and Fred Dirst, an old miner who conducted tours into the mines for wandering visitors…”

Rush eventually came under the ownership of an industrialist who planned to make a tourist trap of the place, but he sold it to the National Park Service. I hate to think of what this place might have been if a developer had gotten hold of it.

Today, interpretive signs are placed along a short trail that loops through the center of Rush. A longer trail follows the mining level up above downtown. If you have several hours to spend, you can hike the 1.7 mile long mine route to the National Park boundary as an out-and-back.

A prominent structure is the blacksmith shop, an essential business for a mining community. This is the “new” shop built in the 1920s during the height of the commercial activity in Rush. Ore was transported down Ore Wagon Road to the White River and loaded onto barges. When trucks became dependable enough to transport zinc and replaced wagons, the blacksmith shut down his business and went back to farming.

This ore smelter is the oldest structure in Rush, built in 1886 by the claim-holders of the Morning Star Mine. They hoped the smelter would reveal silver in the ore. No silver was to be found. 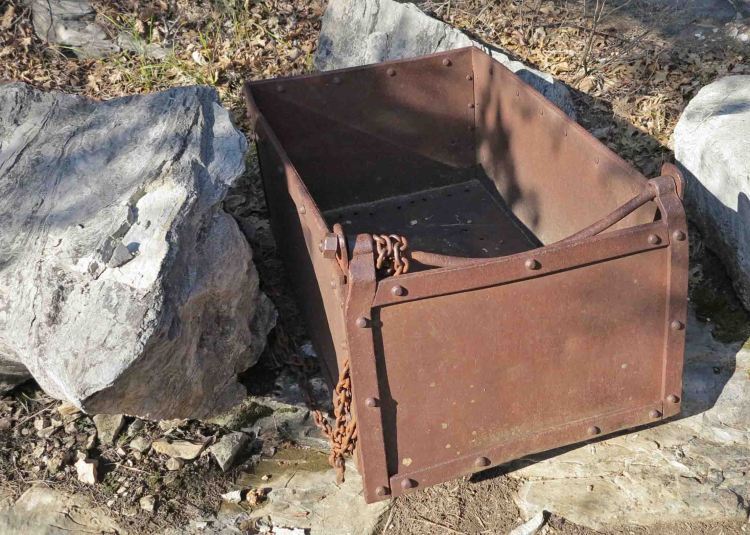 This cart was next to the trail. I was impressed with its heavy construction and how it had stood up to the elements. 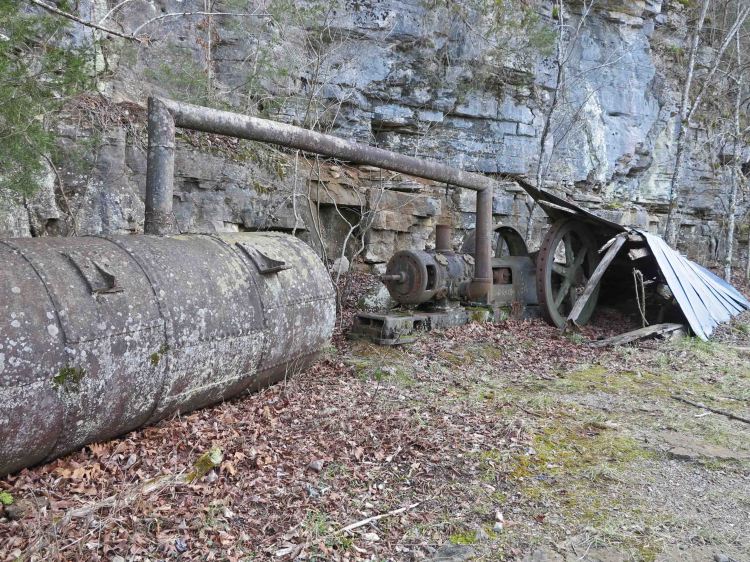 This large machine was next to the trail at the Clabber Creek end on Ore Wagon Road. I’m not sure what it was used for, but I was impressed with the large wheels and chain sprockets.

You’ll pass many mine entrances as you hike the trail. The grills keep visitors out of dangerous mines, but allow bats to come and go freely.

Finding “Boiling Springs” was a treat. The water was clear and cold. A grist mill was once located close by in Rush Creek.

What follows are several historic structures along the road in Rush. Many of these houses were built around 1890. I hope you enjoy this little glimpse into the historic town of Rush. If you’ve been there before, maybe my pictures will bring back good memories. If you’ve not visited, I hope I’ve inspired you to grab your hiking shoes and explore it for yourself soon. It’s a special place! 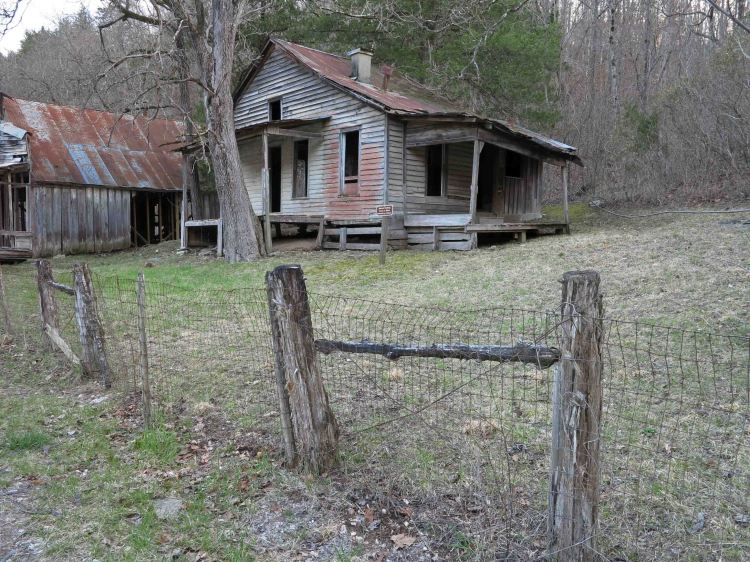 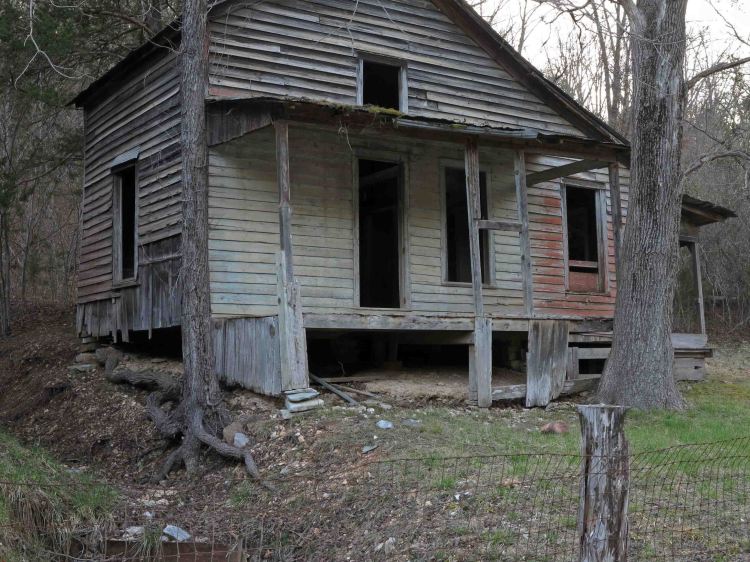 I was running low on light at the end of the day, but had to stop and photograph these daffodils that caught my eye. The inhabitants who planted these bulbs many years ago would be surprised to learn that their landscaping would be appreciated by a weary hiker on an early spring evening in 2015.

I was proud to include Rush Ghost Town in my book, Five Star Trails: The Ozarks. Love hiking through history!