In response to The Daily Post’s weekly photo challenge: “Fresh.” 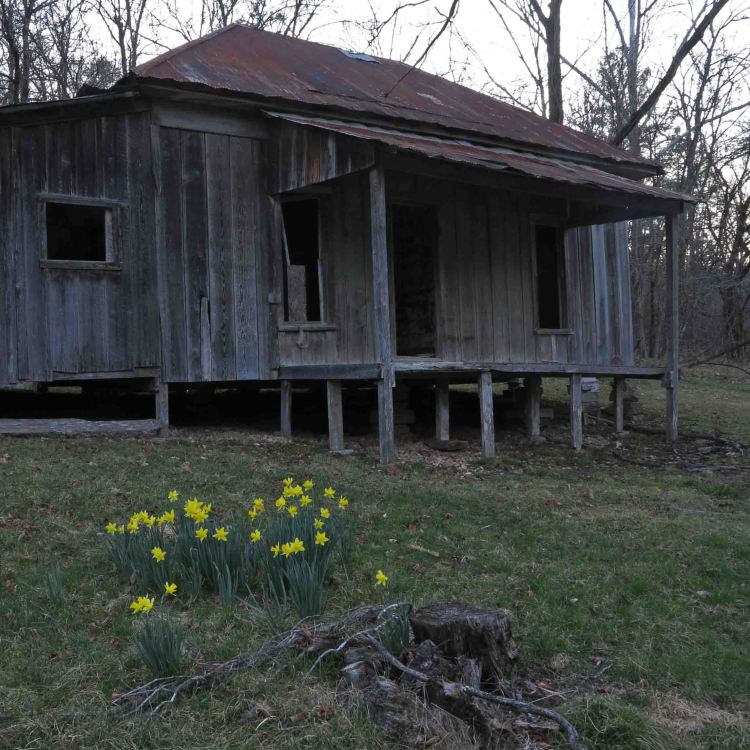 Yesterday at dusk, I photographed these new daffodils against the old backdrop of this historic structure in Rush, Arkansas. Many of the structures in Rush were built in the 1920s.

Early mining efforts began in the 1880s as miners prospected for silver. No silver was found, but zinc made the little town thrive as World War I increased the demand beginning in 1914. Rush is now within the boundaries of the Buffalo National River in Marion County.

The contrasts continued. Fresh water flowed from the ancient limestone hillsides next to abandoned mines. I filtered tasty water right off of the surface of the ground next to the trail.

It was easy to fill the filter pouch from water flowing out of limestone bluffs.

An artesian stream bubbled up out of the base of a small creek flowing through the town of Rush. The water was clear and cold. I wanted to jump in and let the water chill my toasty feet but decided to settle for a picture and a quick splash on my face and arms.

The artesian flow circle was about four feet across.

The next morning, some of that sweet water from Rush provided me with a tasty cup of coffee! Mmmm good! The freshness continues.

4 thoughts on “Fresh in the ghost town of Rush, Arkansas”