On July 28th, the trails of Arkansas and many hiking enthusiasts lost a good friend. Roy Senyard was deeply committed to maintaining the Ozark Highlands Trail (OHT) and served as Maintenance Coordinator for many years. Roy and his wife, Norma, also volunteered on trails in Colorado and other locations out west.

Roy was plain-speaking and didn’t have much patience with folks who talked but didn’t do. He got stuff done, but you had fun and laughed a lot in the process! He was an expert sawyer and made thousands of cuts to clear trails for others to walk.

During the Vietnam War, Roy served as a medic. He was a gutsy guy, not easily rattled while out on the trail. He knew how to get onto the OHT using obscure backroads known by few. There weren’t many forest roads in the Ozarks that he hasn’t driven to access a downed tree or washed out tread.

We used to laugh when Roy gave maintenance reports to the Ozark Highlands Trail Association. He often began by saying there wasn’t much to report and then he’d launch into a lengthy summary of work recently completed and work needing to be done as Norma tried to signal him to wrap it up.

During a US Forest Service chainsaw training, Roy demonstrated a cut on a cedar log. His attention to safety and technique was impeccable, but he had inadvertently put a dull chain on his saw. This became evident to all as smoke engulfed him while making the cut. He was a little embarrassed and may have uttered an expletive or two, but we had a good laugh, knowing he was top-of-the-line when it came to anything related to trail maintenance.

Roy and his wife, Norma, were a team. They both maintained and hiked trails. They thru-hiked the OHT and walked many miles in the Ozarks, Rocky Mountains, and other locations. They loved to bring the grandkids to Hare Mountain and let them experience hiking and nature. 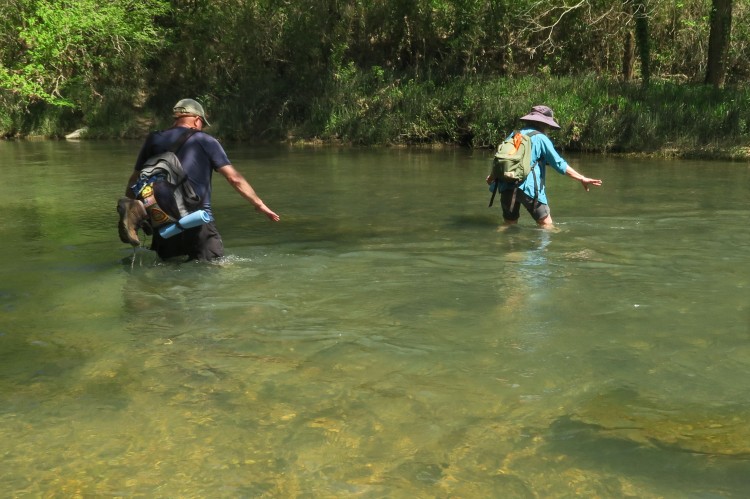 Roy and Norma on the OHT

Preparing for a day hike at Tyler Bend

I’m going to miss Roy. He was the type of friend you might not see for a year, then run into as I did recently at Tyler Bend, and take up as if no time had passed. I’m thankful to have known Roy Senyard and will think and speak of him often, especially when walking the trails. 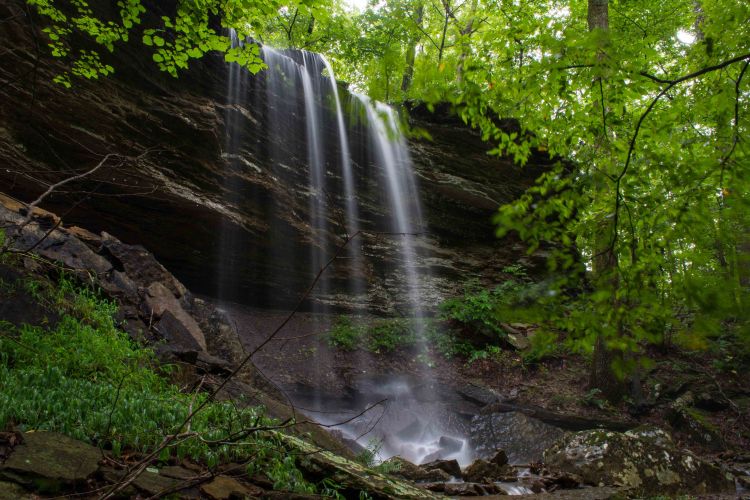 Roy Senyard Falls, named by Tim Ernst in recognition of Roy’s commitment to the OHT. Thanks to Eric Scowden for the photo.

6 thoughts on “Loss of a Friend”